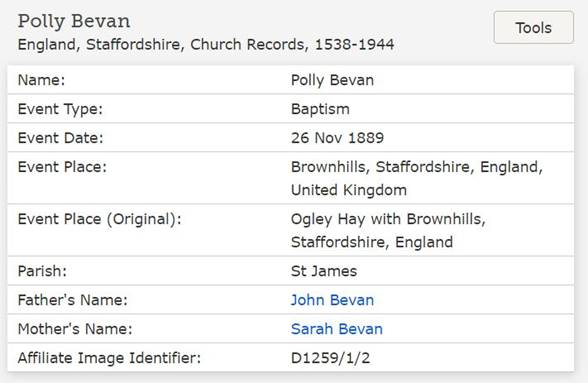 In 1908, Polly,18 married Wilfred Joseph Vann, originally from Naunton in Gloucestershire,  at Lichfield. 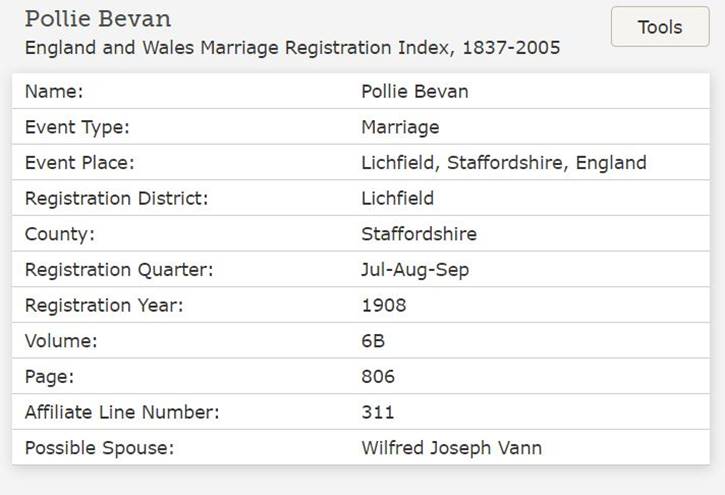 Polly and Wilfred had their first child William Charles in Brownhills in the Spring of 1909. 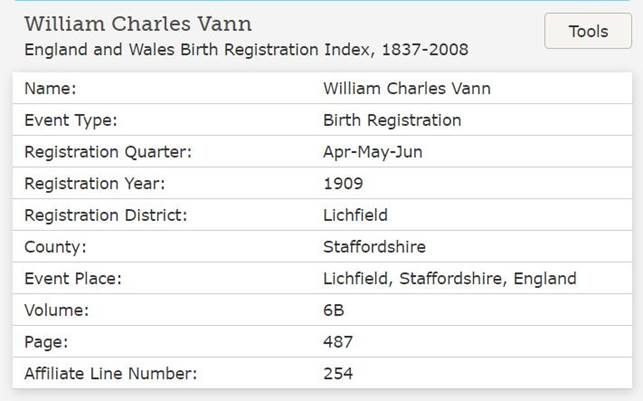 There 2nd child Annie Maria was born in Brownhills around March in 1911 and registered at Lichfield. 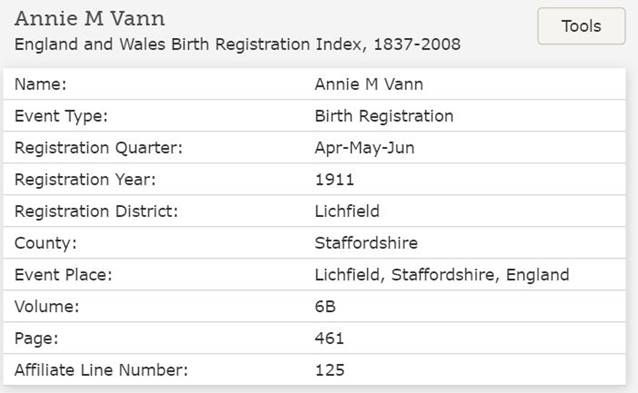 On 15th March 1915, daughter Edith Emily was born in Brownhills. 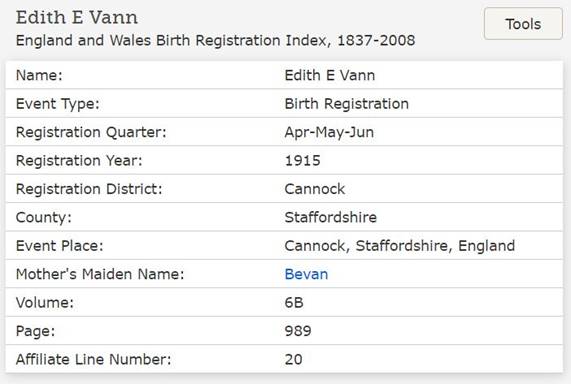 On 13th April 1916, son Josiah was born. He was registered in Cannock. 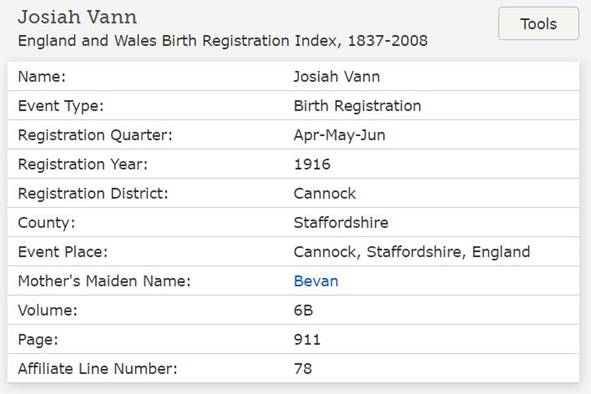 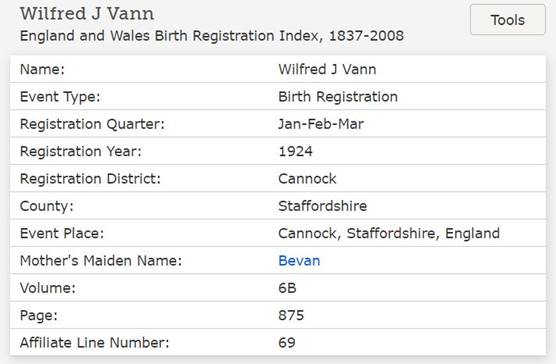 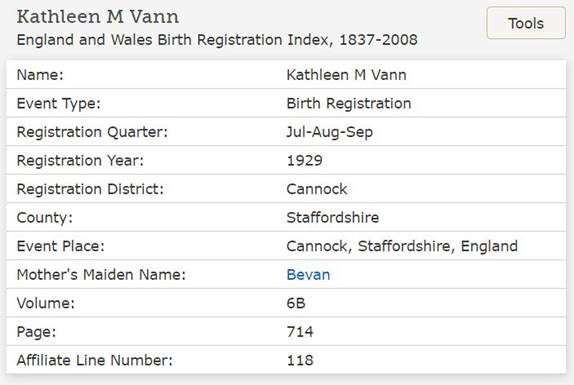 Pollys husband, Wildred passed away in the Spring of 1952.

Polly passed away in the Summer of 1964. Her death was registered at Cannock.