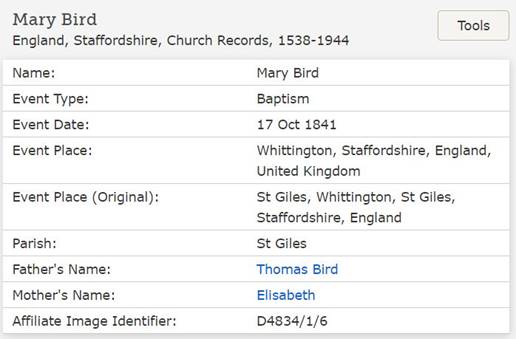 28th Jan 1861 - Marriage of Mary Bird and  William Snape at St James Church,  Ogley Hay , Brownhills on . Marys age on the registry is 21, which is not unusual for couples to state at their marriage at that time as it avoided any legalities. 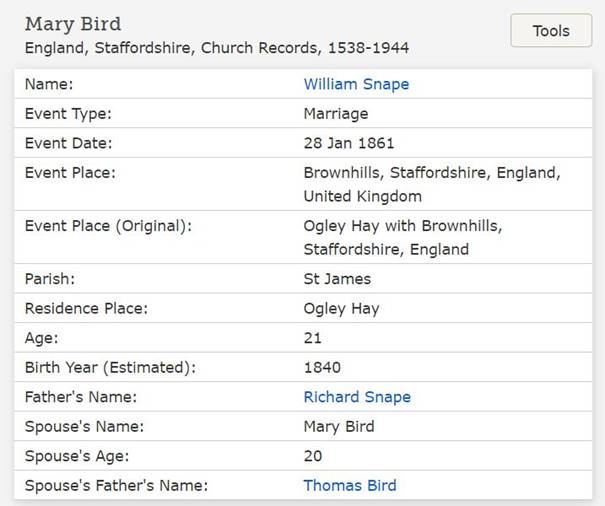 William and Mary had their first child Sarah in Ogley Hay on 15th December 1863 . She was baptised at Ogley Hay on 10th January 1864.

The couples daughter, Eliza was born in 1865. We have two records for Eliza's christening/baptism in Ogley Hay. This could be a transcription error on one of the records.

Son James was born in 1867 and was baptised at Ogley Hay, Brownhills. 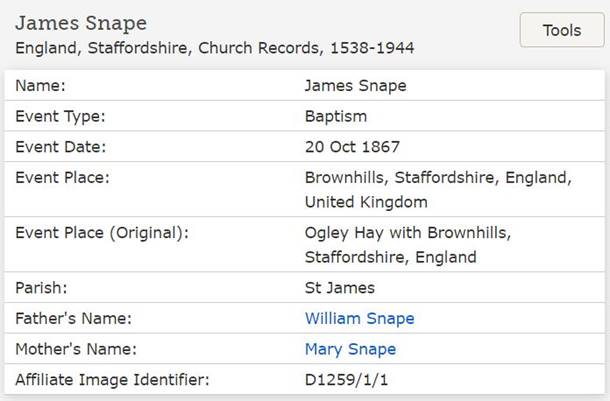 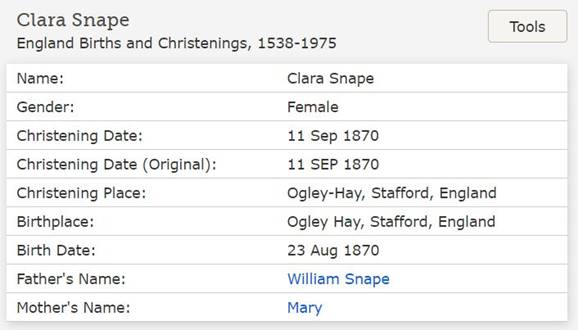 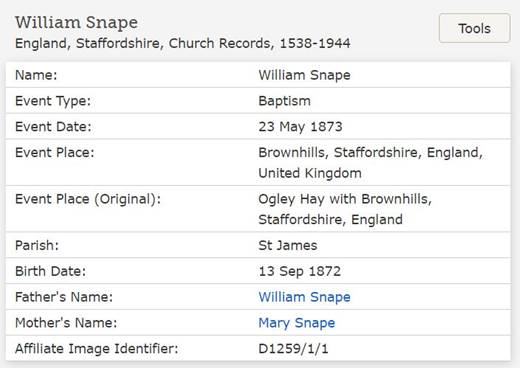 Sadly, we believe son James passed away in 1873. 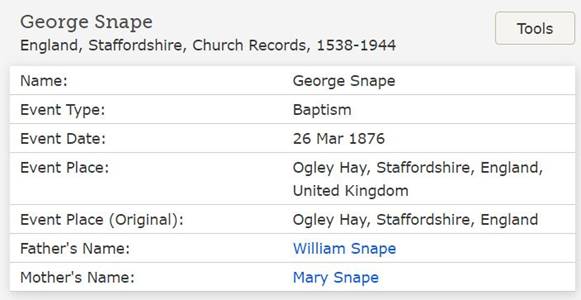 Mary and Williams daughter Annie Maria was born in late 1877 and was baptised on 3rd December in Ogley Hay . 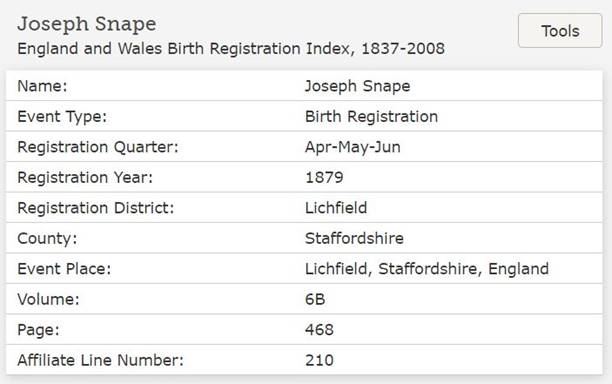 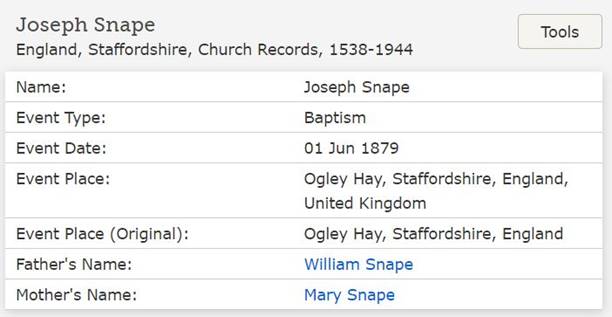 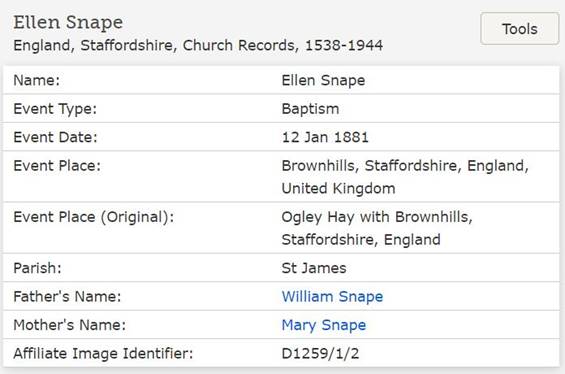 Mary husband William, passed away in 1899.

Mary passed away in Spring 1915. Her death was registered in Lichfield.