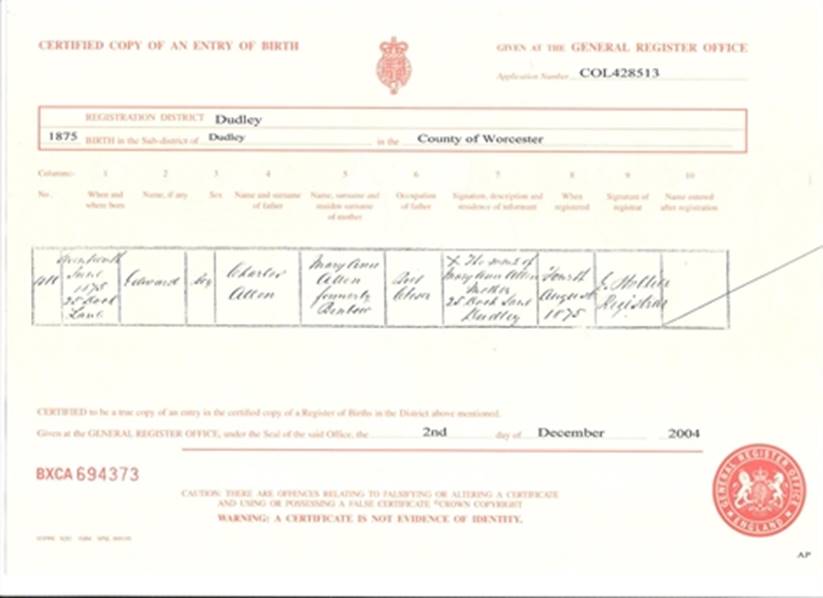 On this census Edwards uncle George Benbow is living next door to them with his wife and family. 'Charley' on the census is son Reuben Charles.

We believe their may have been another child, called George who was born between 1901 and 1908 and sadly died age at least 4.

Edward was a bricklayer for a building contractor. 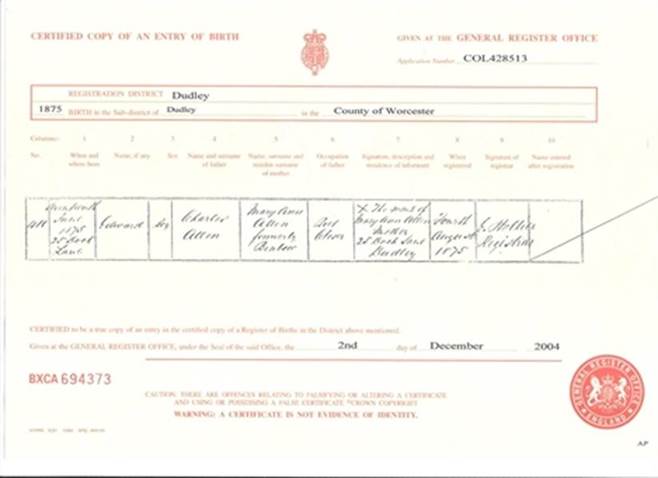 The informant of death was Phoebe, his daughter and the certificate was issued to Doreen Nancy Allen, his granddaughter ( Edward Jnrs daughter). 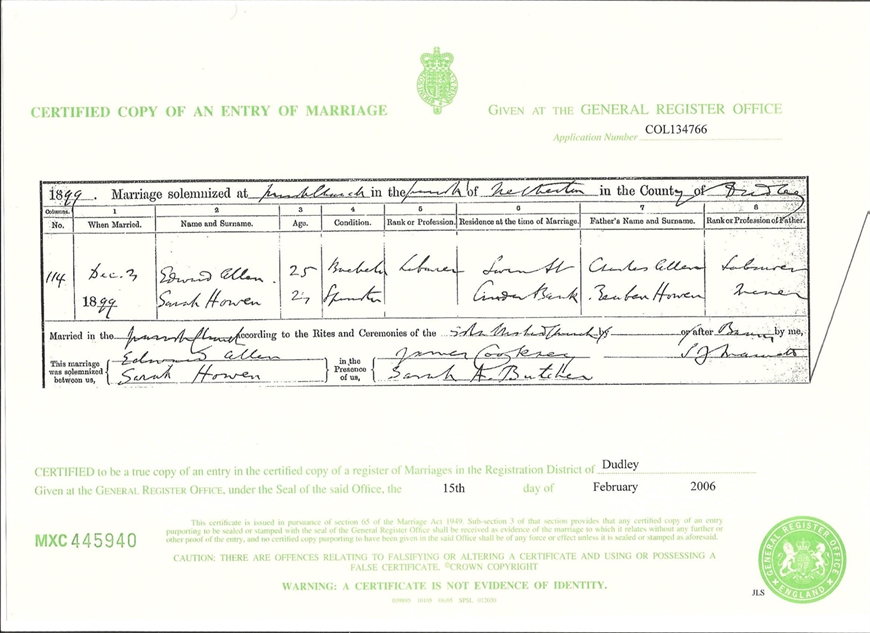