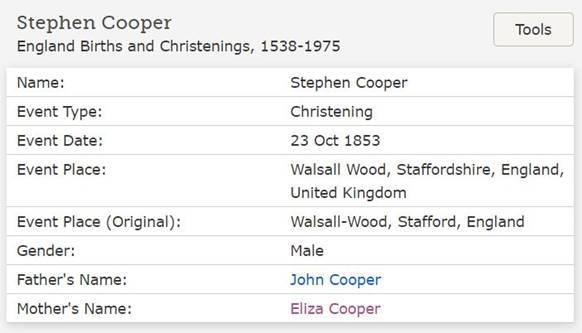 In 1881, Next door to him was his stepmother Jane, step-brother William Green and half-sister Ida Cooper.

In 1891, Stephen continued to board with the Fulliloves. He was a coal miner.
Now living next door to him were the Snape family, the parents and siblings of his future wife, Sarah. 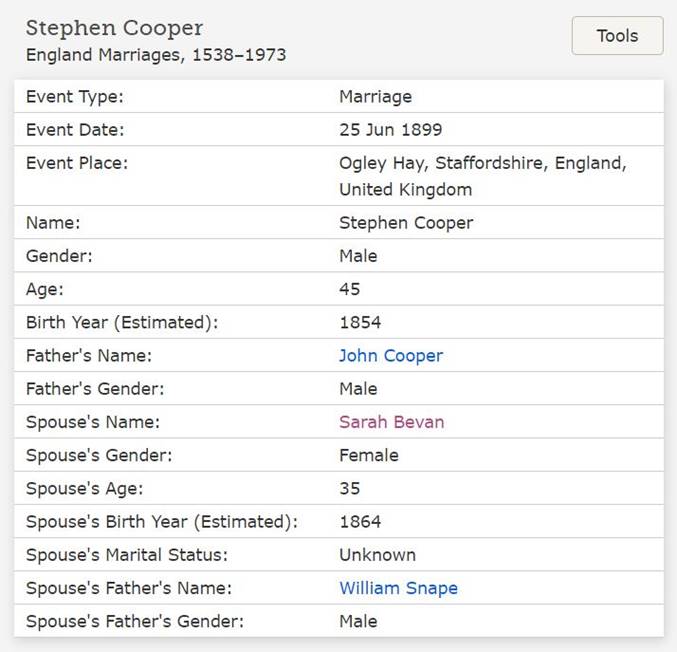 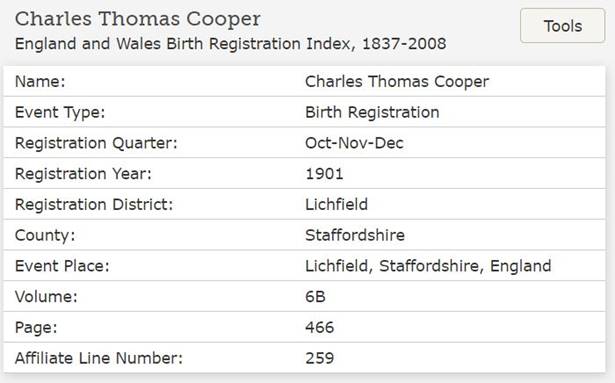 Stephen passed away in 1928 age 74. His death was registered at Walsall. 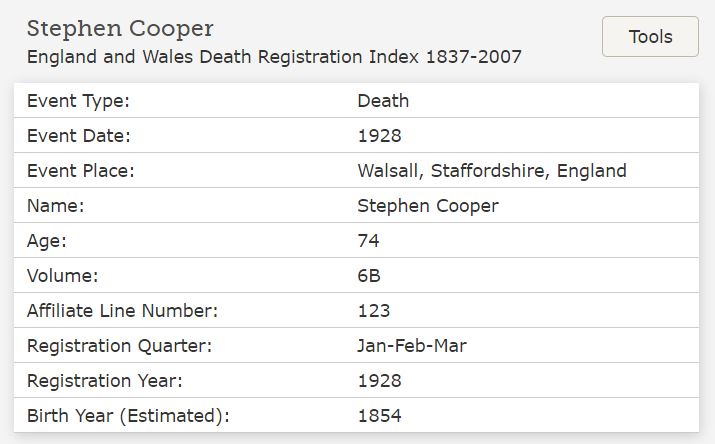