The baptism record shows parents Mark and Rose living at 57, Kidd Street, Woolwich which was very close to the Royal Horse Artillery Barracks where we know Mark served in the Army. 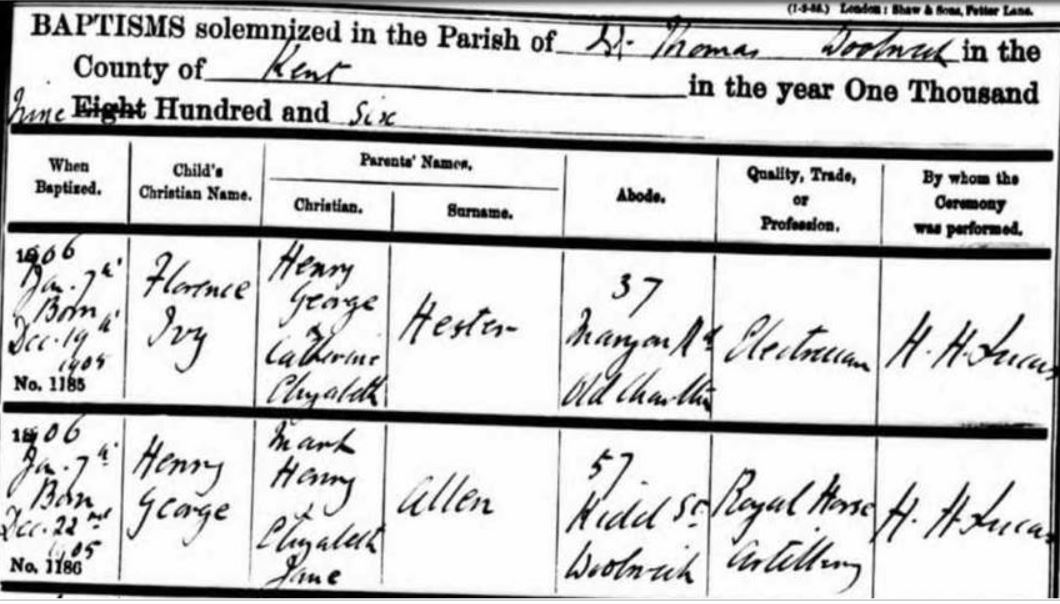 Henry George sadly passed away in Jan-Mar 1909 age 3 . We do not know the cause of death at this time. The first record states his name as George Henry and is situated in his place of birth... the second is in Yorkshire where parents Rose & Mark were living by 1911 so we are unsure which is the correct record.