James Allen was born Dudley.
He was the fourth son of Charles Henry and Mary Ann Allen nee Benbow. He was christened at St. Thomas' in Dudley on 29th December 1880.

James married Eliza Jackson from Dudley in their hometown. 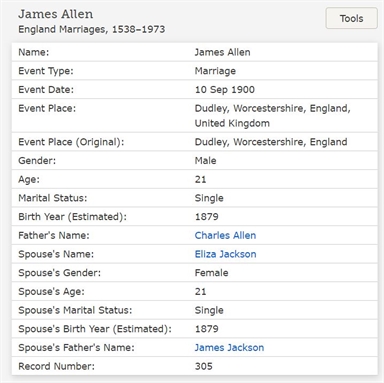 Daughter, Mary Ann was born late Nov to Early December in Dudley and was christened on 5th December 1900. 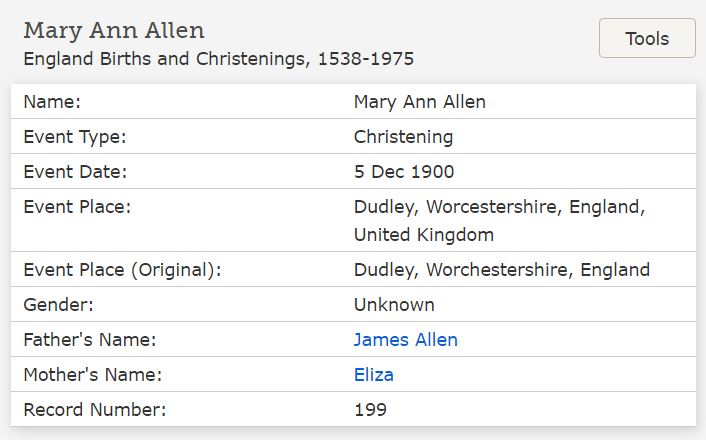 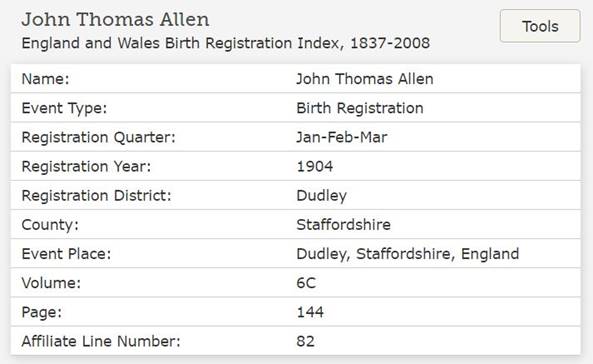 6 May 1906- Birth of daughter, Elizabeth Allen in Dudley 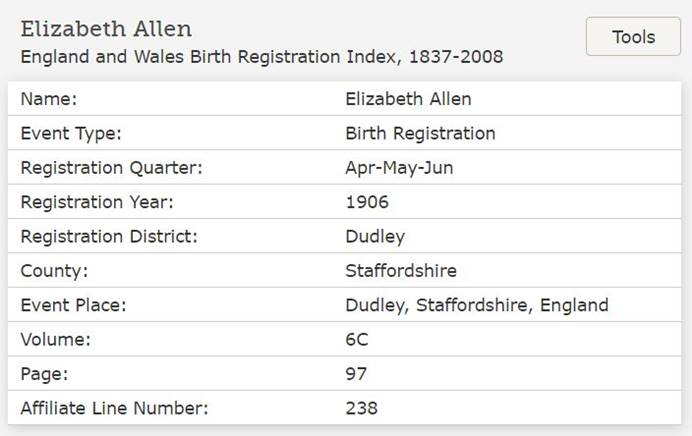 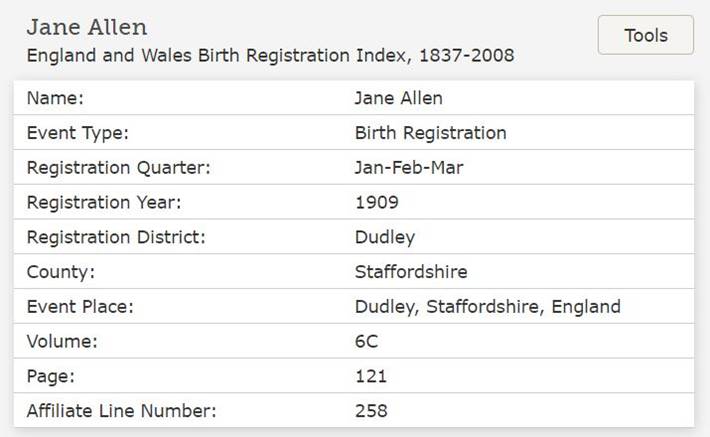 The family move to Hednesford , Staffordshire. 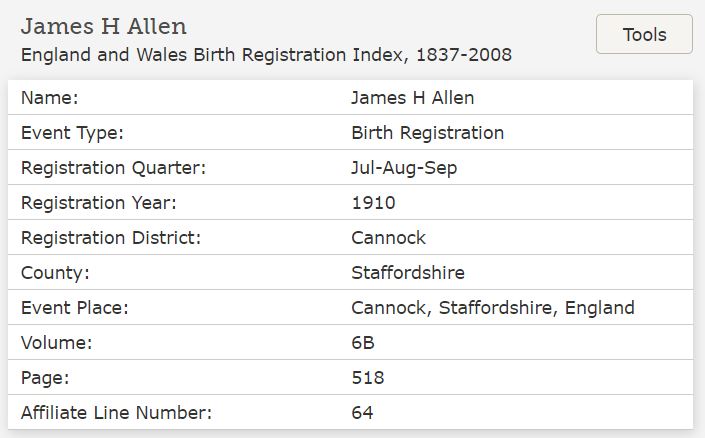 We know from the 1911 census that there were two more children who had died before 1911. 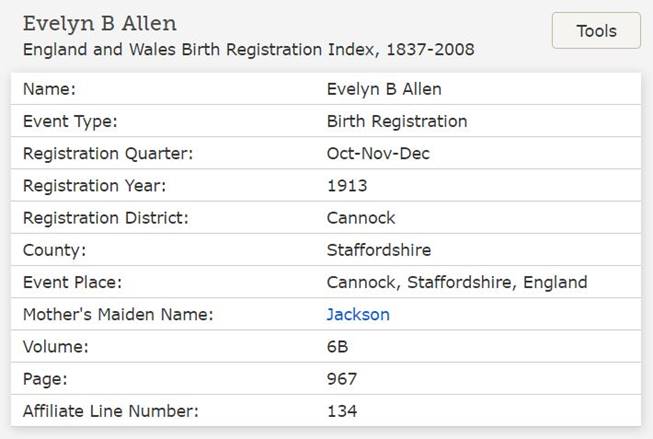 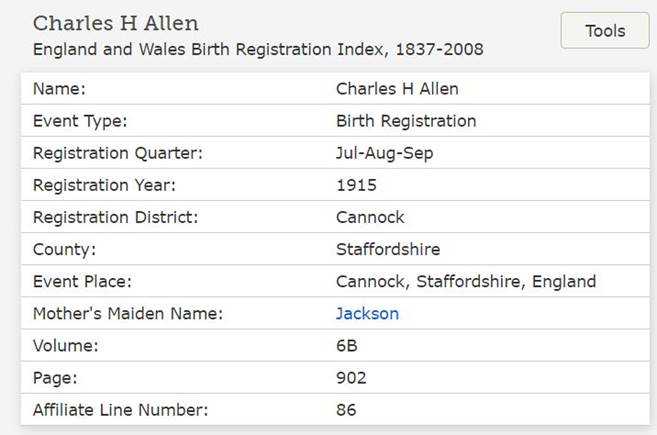 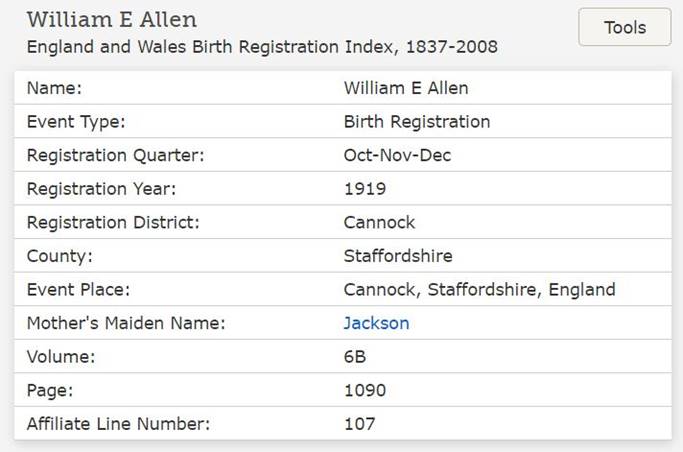 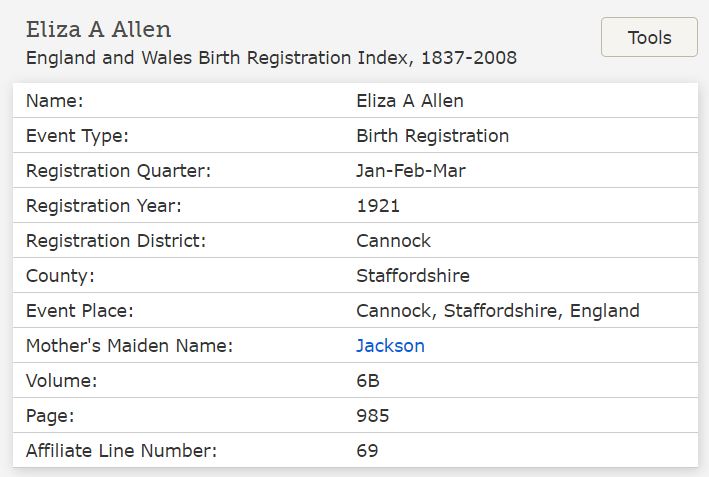 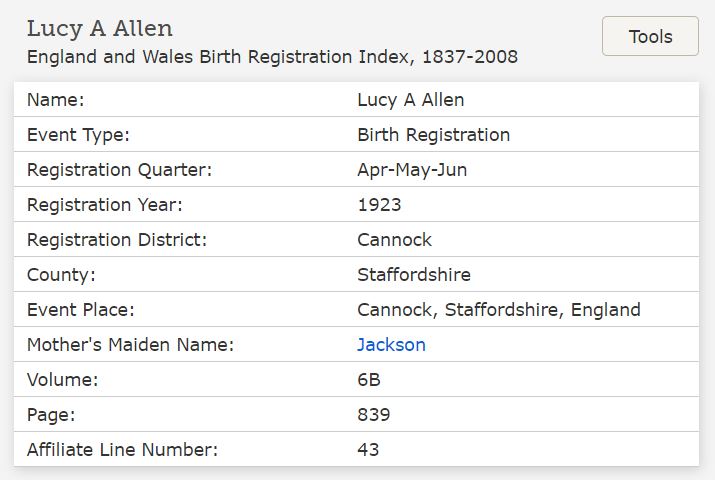 James died in 1963 in Cannock, Staffordshire. His death was registered in Cannock between Jan - Mar. 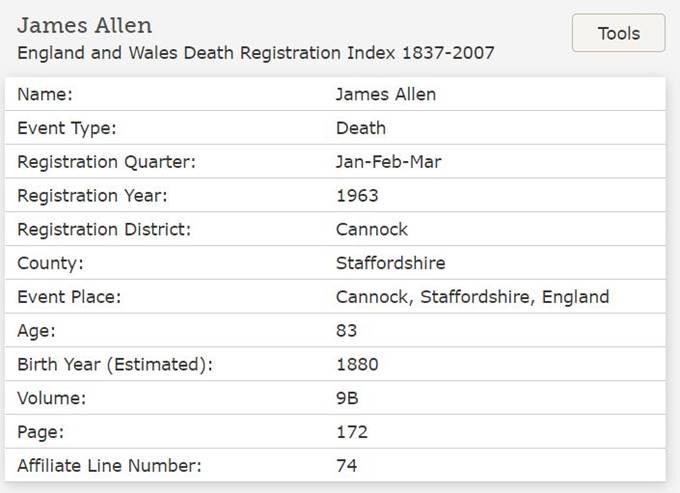