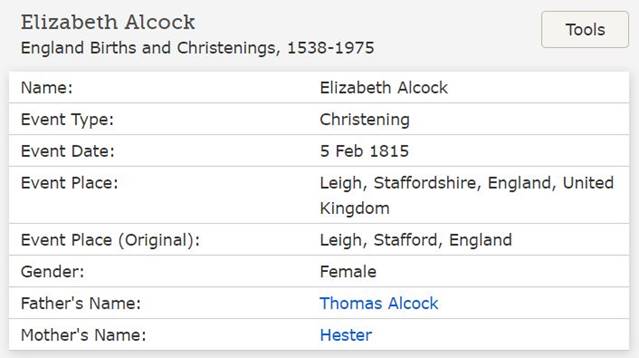 Note: Many users on Ancestry.co.uk suggest Thomas Dent but this would have meant the family left Leigh for Worcestershire and we have evidence from the census’s that they remained in the Leigh area. We have concluded that this is a different Elizabeth Alcock (b.1815) with father also Thomas Alcock .