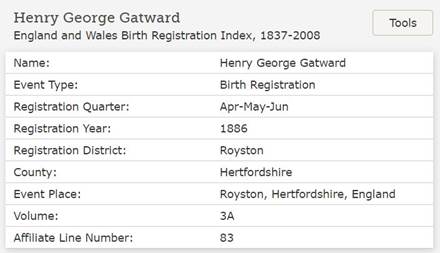 They settled in nearby Histon, where Henry worked for Chivers & Sons Ltd .

Henry Gatward with his wife, Priscilla nee Wheatley and their son Charlie 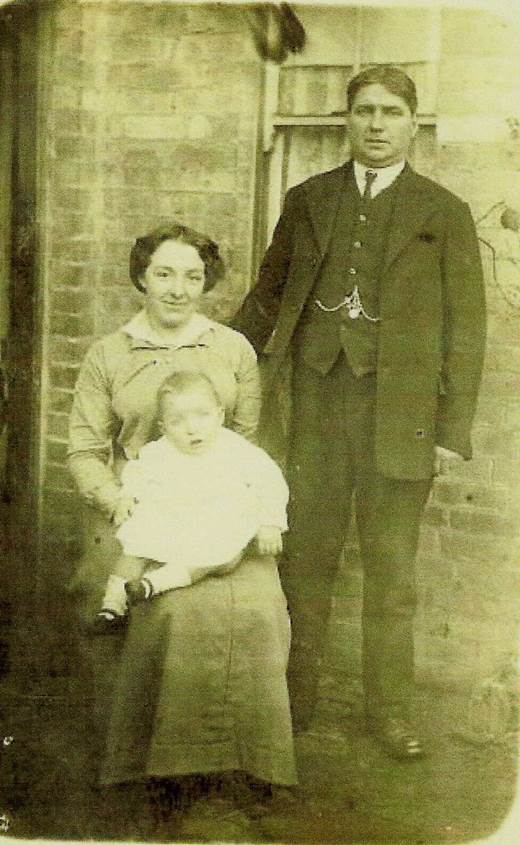 9th Nov 1917 – Birth if daughter, Gwendoline Priscilla. Henry was away fighting when Gwendoline was born.