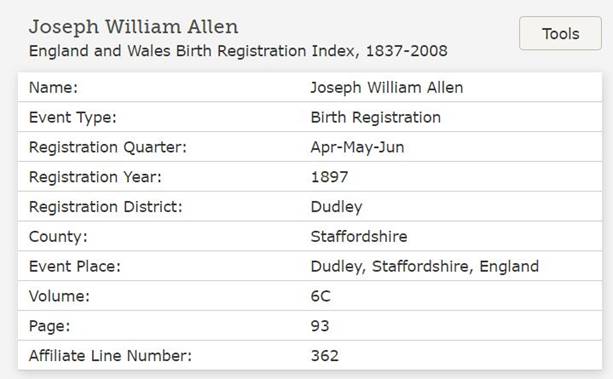 We learn from the claim for disability that Joseph was wounded a number of times.

When demobilised he had no serious effects from his injuries, as regards to arm or pain in chest or vomiting, but symptoms appeared when he began to work about a month after demobilisation.
However, his claim for disability was rejected on 12th December 1919. The claim records are below: