11th April 1873 - Birth of Charles Allen in Dudley, Worcestershire who was christened at St Thomas’s Church Dudley on  May 1973. 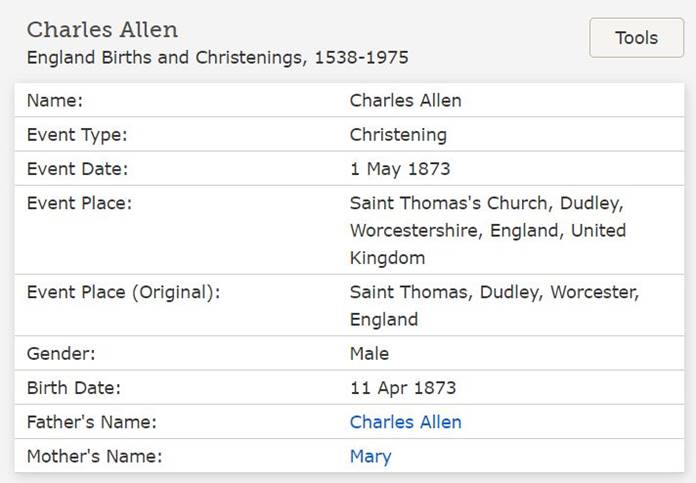 On the 1891 census Charles is living with his grandparents in Bradbury Lane, Hednesford. He is listed as son but he is Charles' grandson.

In 1901 Charles is a boarder at his Aunt (Jane Jones - sister of Mary Ann Benbow) home in Brindley Heath, Hednesford (then classed as Brereton). Next door to them is George Rutter, (his cousin) and George's wife and family.

The 1911 census tells us that Charles married his wife Polly around 1906.
However, we have not yet found their marriage record. 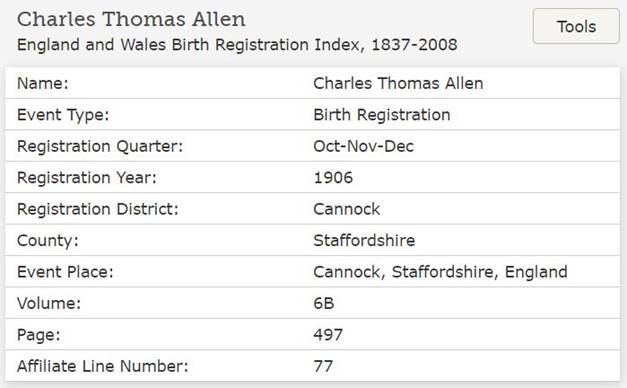 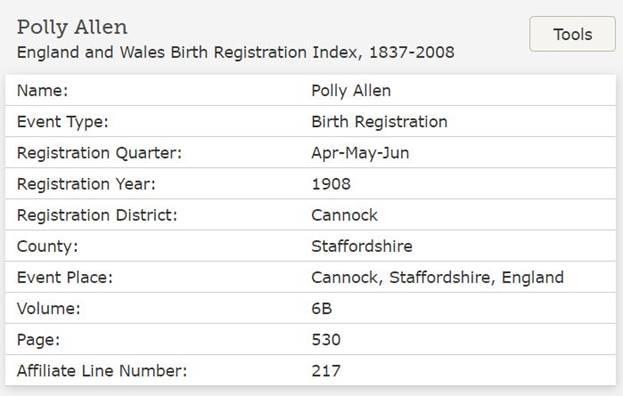 Charles, his wife and 2 children are boarders with the Bagnall family in Brindley Heath.
We can see they have been married ( or living together?) for 5 years and have had 3 children, sadly losing one of them before 1911 - we are not sure of the childs name yet.