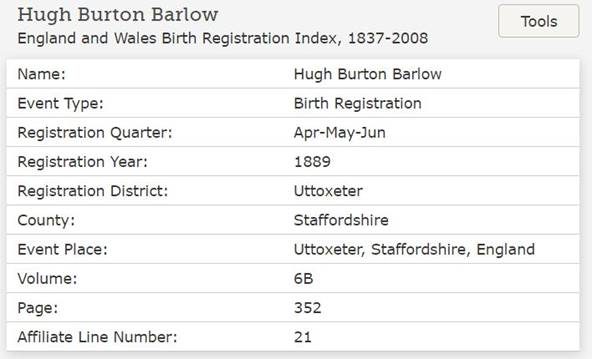 1911 Census for 'The Barn, Chartley, Staffordshire'

Hugh served as a Private in the 20th Northumberland Fusiliers (army no.48008) during World War 1.

He received the Victory and British medals and was honourably discharged 392 xvi meaning  'No longer physically fit for service'. 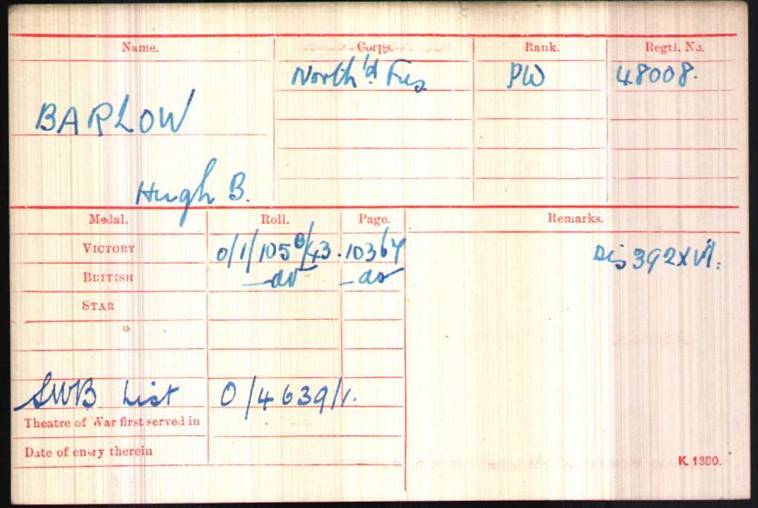 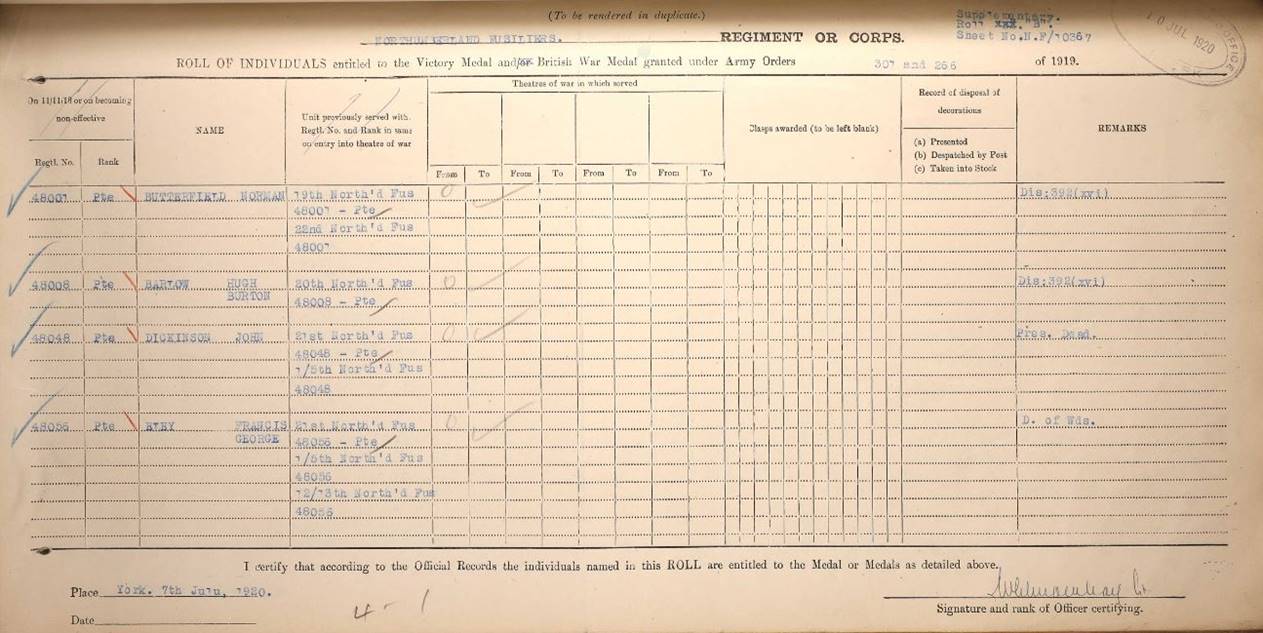 View Movements of the 20th Northumberland Fusiliers in WW1 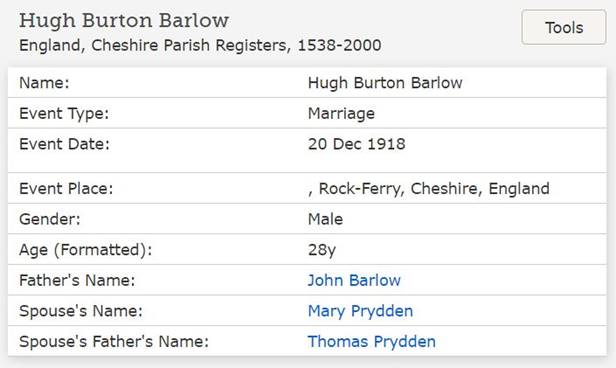 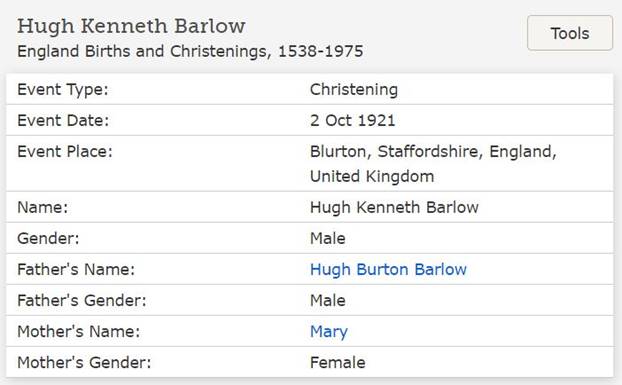 1928 - Birth of Margery A Barlow at Stone, Staffordshire. 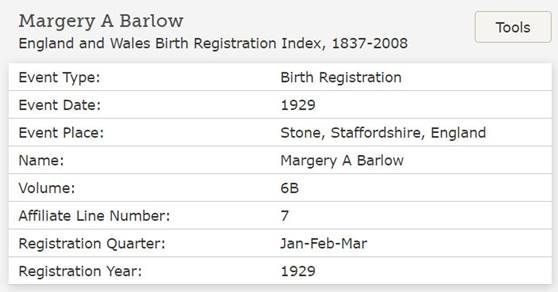