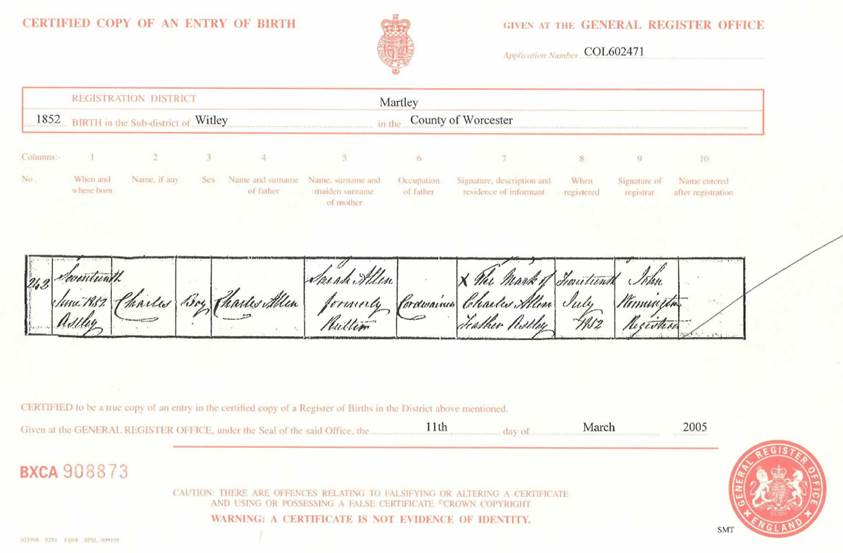 1874
11th May 1874 – Marriage of Charles Allen and Mary Ann Benbow, 20 at St Thomas Parish Church, Dudley
The marriage certificate tells us that Charles was a bachelor and a Boot Closer 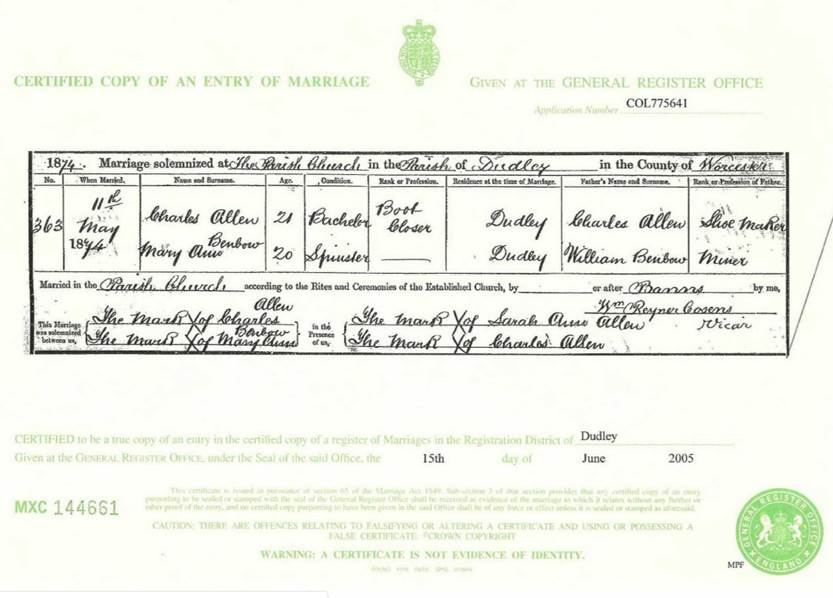 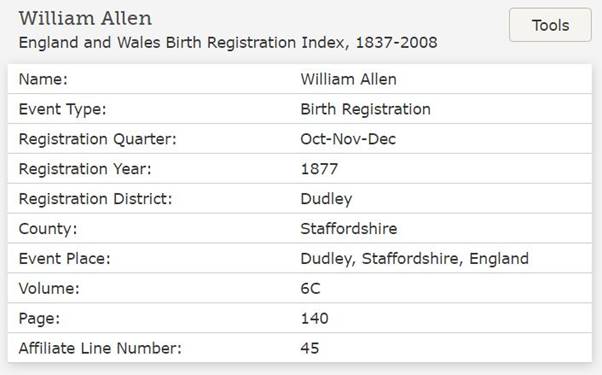 Around 1880, there is a newspaper clipping about the brothers and sisters appearing at Dudley Police Court after a fight broke out between the brothers. 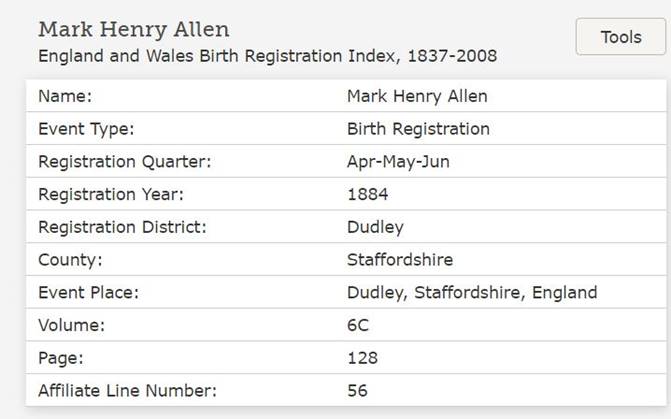 *Next door at no 17 was Jane Benbow, a widower and her family, this was William Benbow’s (Mary Anns father) second wife Jane Benbow nee Roberts.

Edward and Sarah married in Netherton.  Charles Allen is named on the certificate . 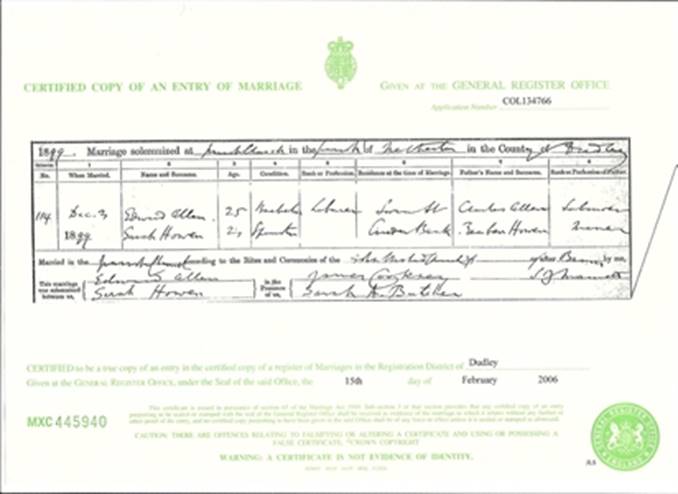 Son James married Eliza Jackson from Dudley in their hometown. Charles is named on the church records. 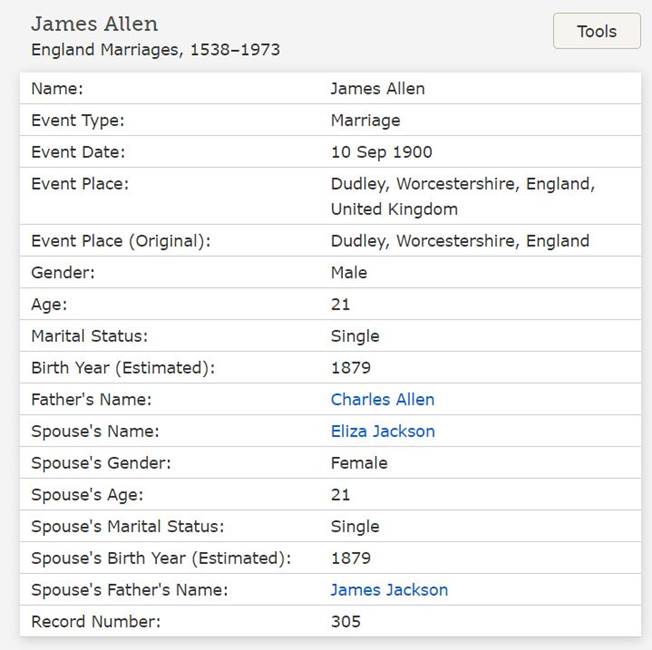 So far, we have been unable to find a 1911 census for Charles or Mary Ann but we are still looking!

We have found entries on the Staffordshire Indexes for 1930 and 1932 but we are yet to ascertain whether either of these are the correct entry for Charles. 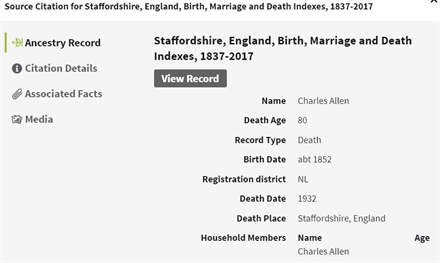